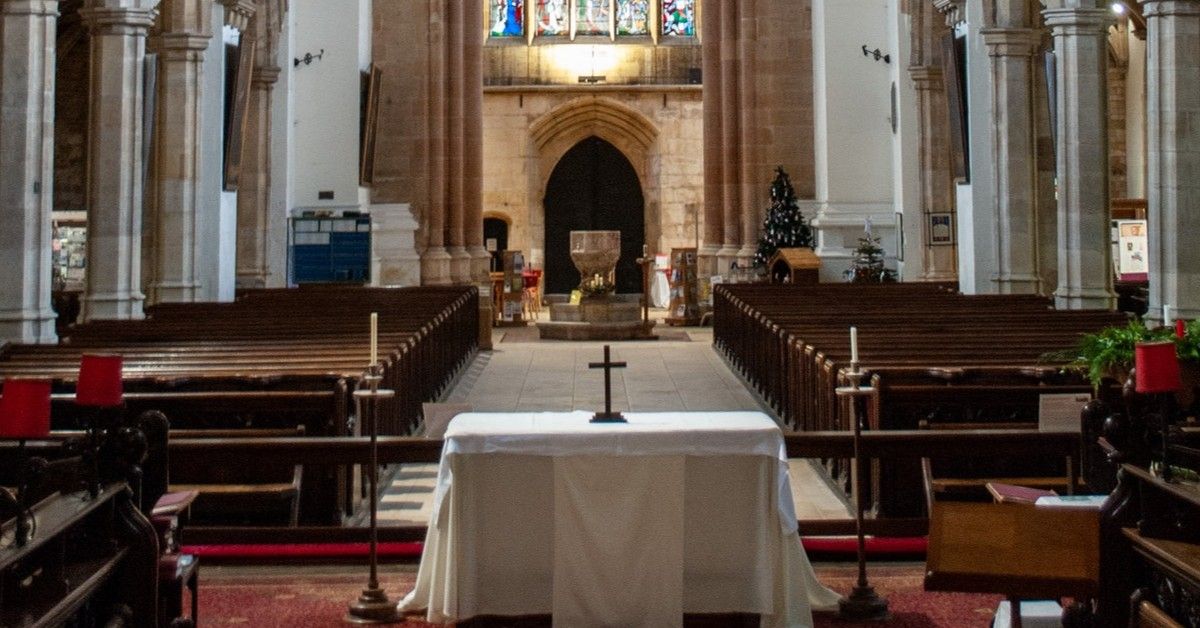 Since the beginning of time there have been marriages. And since we are all humans, flawed since the Fall, there have been disagreements that have led to the dissolution of marriages, or "irreconcilable differences" they are called. With the advent of Christianity, Jesus taught more about marriage and it's sacredness, which has led to many of the traditions we see today. However, as time has progressed, people have wanted to separate from their spouse, which is where divorce and annulments have come into play.

It is extremely hard to pinpoint when the first Catholic annulment took place because annulments were so very rare in ancient times. And, at that time, ostracism was very real, so if an annulment did take place, it was not mentioned out of fear. Most of us are familiar with King Henry VIII's divorces. As Catholics, most of us know that he tried to receive an annulment before he went the divorce route, but Pope Clement VII would have nothing of it (and rightfully so). So Henry VIII broke with the Catholic Church completely, forming the Church of England in 1533 so he could have it his way. While you can argue back and forth about whether this was a good move since the Church of England was born from it, throughout history it has been a mixed bag, from persecution to the settlement of America. Henry VIII effectively ended 1,000 years of unity within the Catholic church, including ancient rites, passages, and an entire social structure.

Before we go further into our look at history, let's take a moment to ensure you understand what a Catholic annulment is. A Catholic annulment is the formal process of saying your marriage was invalid and then of having the ability to go your separate ways and remarry. It's not an erasure of your time together; in fact, it protects you because it declares that you can still marry and commit to someone for eternity in a legal way. A divorce is a civil matter where you separate from someone in the eyes of the government at a federal and state level. It takes place from the time you petition for a divorce. Some Bible scholars will argue that divorces began at the time of Christ when he said, "Anyone who divorces his wife, except for marital unfaithfulness, causes her to be an adulteress" (Matthew 5:32).

A Catholic annulment, on the other hand, looks at the beginning of the marriage to understand what element is missing that made it invalid. Your witnesses have to be able to attest to your marriage as well. Catholic Annulment - Another Chance is here to help you with the Catholic marriage annulment process. Call us for a free consultation today!

HOW CATHOLIC ANNULMENT - ANOTHER CHANCE CAN HELP

What is striking is that as much as history has changed with new rules and laws being passed left and right, God's word never changes and neither has the Church's stance on marriage. Marriage is a permanent bond entered into between a man and a woman for life with nothing being able to break that bond, certainly not a piece of paper from mankind. The only way to end a marriage is with a Catholic annulment, stating something was amiss at the beginning, in the eyes of God.

Catholic Annulment - Another Chance understands that Catholic marriage annulments can be confusing. From having to write a testimony as to what was wrong from the beginning to gathering witnesses and preparing for the Tribunal, there are a lot of steps in the process that can be missed that lead to delays that can then slow down the process, and, ultimately, your healing process.

We're here to help. We are composed of former and current judges with decades of experience in the annulment process. We listen with a non-judgemental ear and are here for support, guidance, and advice. Our compassionate judges have seen it all. By partnering with us, you can gain a greater spiritual healing and help remove a burden off your shoulders. Our primary focus is you — on what you need and want. We offer free 30- minute consultations so that we can better explain our Catholic marriage annulment services and answer any pressing questions you may have. You don't have to work with your diocese's representative. In fact, they may be so busy that you may be waiting weeks to hear back from them. In times like these, resources are scarce, leaving you troubled about your impending Catholic annulment. If you feel you need more personalized attention for your Catholic marriage annulment, reach out to us today!