Experienced Guidance Throughout The Annulment Process

The team here at Catholic Annulment - Another Chance focuses strictly on the annulment process — we’re here to help you gain a better understanding about annulments and provide guidance through the process. Our team is made up of current and former church judges, which gives us a unique understanding of the entire process. Whether you’re in the initial stages and just starting to look into how it works, or you’re gathering all the details to submit your annulment petition, we are here to help. Start with the resource below to learn more about the annulment process, and then connect with us to get individualized help with your annulment petition. 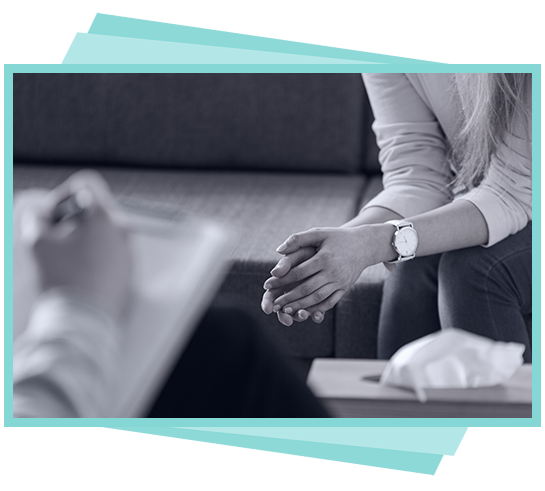 Common Reasons To Seek An Annulment

There is a widespread understanding that the process of getting an annulment is basically just another way of getting a divorce, Catholic style. That’s not accurate! While an annulment and a civil divorce both deal with the state of a marriage, that’s essentially where the overlap starts and ends.

A divorce deals with the end of a marriage in the secular, legal sense. An annulment is the investigation process to determine whether a marriage was sacramentally complete, or if there was some element missing that would nullify the vows taken. Unlike the common perceptions, an annulment is not a “Catholic divorce,” nor does it make it so that the marriage never existed in the first place. A divorce, on the other hand, deals with the secular legalities of a marriage ending according to civil courts. The two are totally separate and distinct processes, and each has different information that will be needed.

Essentially, an annulment — technically termed a nullity of marriage — determines that one or more of the essential elements for a sacramental marriage was not present at the point vows were made. Those elements are:

The purpose of an annulment tribunal is to explore a marriage through testimony from the spouses and witnesses and determine whether all of those listed elements were, indeed, present at the time vows were said.

Why Get An Annulment?

This is mentioned briefly above, but there are several different reasons why someone may seek an annulment. The most commonly given reason is because someone wants to marry in the Catholic Church. In these instances, anyone who is divorced — Catholic, Protestant, Jewish, agnostic, etc. — will need to receive an annulment before they can marry in the Church. The Catholic annulment process is open to any divorced person, not just to Catholics, so that someone of a different faith background who is engaged to a Catholic can still get married in the Church.

The other prevalent reason for seeking an annulment is a more personal reason. Getting an annulment, even if you don’t have the intention to remarry, can provide mental and spiritual benefits as well. The end of a relationship, even if the divorce process is amicable, comes with a great deal of emotional upheaval. The annulment process is called an investigation for a reason; the tribunal will investigate the marriage, but it is also a chance for you to go through and explore your marriage from start to finish. Delving into the entirety of a marriage is going to bring up a variety of emotions, both good and bad. The annulment investigation is a chance to go through those feelings and find healing. Likewise, receiving an annulment is a way to find spiritual healing or a “peace of conscience” for divorced Catholics.

Annulments aren’t restricted to those hoping to remarry in the Church in the near future. They are also often sought by those who hope to marry again in the future, and even those who simply want that option. If you want the option to marry in the Church eventually, it can be a good idea to start the annulment investigation now. One of the key reasons for this is because of those you might ask to serve as witnesses. The annulment process calls for testimonials from witnesses who are familiar with the various stages of a marriage, from initial courting through to the end of the marriage. Helpful witnesses for the annulment process include parents, grandparents, aunts/uncles, or close friends. No matter how long or short a marriage was, time can have an impact. Seeking an annulment shortly after a divorce can be more beneficial in terms of having witnesses who are very familiar with the marriage and to ensure that memories are not dulled by time.

Petitioning For An Annulment

The process of getting an annulment starts, as most things do, by making the request. However, petitioning for an annulment is a bit more complex than telling your parish priest you want one. When making the request, it can help cut down on the length of the process by providing thorough testimonials and witness information upfront. This is where the team at Catholic Annulment – Another Chance can help. We are former and current church judges, so we understand the information a tribunal will need. We can help you gather documentation and prepare a well-rounded annulment petition.

A thoroughly completed petition for annulment is valuable because that information is what will be used to determine if a petition is accepted and warrants an annulment investigation. There are a few different grounds for an annulment, and the information included in the initial petition will need to be sufficient to help a tribunal determine whether one of the elements of a sacramental marriage was missing, thus nullifying the marriage. There will be an opportunity to provide additional witness testimony during the actual investigation, but providing a thorough yet concise petition can help the process along.

So What Does Annulment Mean Anyway…?

These are some of the most commonly asked questions about Catholic annulments, and what you need to know about the process.

What is a Catholic Church annulment?

The Catholic Church presumes, on the wedding day, that a valid marriage contract in church law was entered into by the bride and the groom. This contract is life long. Even though a couple may get a divorce from the State, they are still married in the eyes of the Church.

An annulment investigation examines the couple’s relationship in detail to determine if there was some essential element missing in their relationship from the beginning. If there was an essential element missing, it means the couple did not have the kind of marital link that binds them together for life. The Church then issues a nullity of marriage (an annulment) and both are free to remarry in the Catholic Church.

Criteria for an annulment?

Is my ex-spouse involved?

Yes, the Church requires that your former spouse be notified that the annulment process has begun so as to offer him/her the opportunity to make a response.

All you have to do is let the Church know the present whereabouts of your ex-spouse. You are not required to take any further action regarding him or her.

Your ex-spouse will be sent a letter explaining the annulment process was initiated. Your ex-spouse does not have to agree to the annulment for it to be accepted by the church. He/she can also choose not to participate in the process and it will still go forward.

What is a Tribunal?

Who are the Witnesses?

You are asked to contact two or more people who are willing to help with your case. A valuable witness is someone who knew you and your ex-spouse before and after the wedding day. Family members including but not limited to; parents, brothers, sisters, aunts, uncles, and cousins often provide very useful material to the annulment process. Childhood or school friends can also elaborate on the parties’ developmental years, which is also beneficial information to the study. Individuals who knew you during the courtship and married life are also useful witnesses.

How much time does it take?

There is no way to put a timeline on the process as each case varies. However, it normally takes anywhere from 10 to 16 months. The time to process an annulment depends on a variety of factors. For instance, if the petitioner does not complete the necessary document gathering in a timely fashion, the annulment can be delayed.

How much will the Church charge to process an annulment request?

The cost varies depending on the individual tribunal. In many instances, the cost can be paid as monthly installments. Frequently, if you cannot pay the full amount, arrangements can be made through the church to defray some of the expense. Additionally, no case is turned down due to a person’s inability to pay the fee.