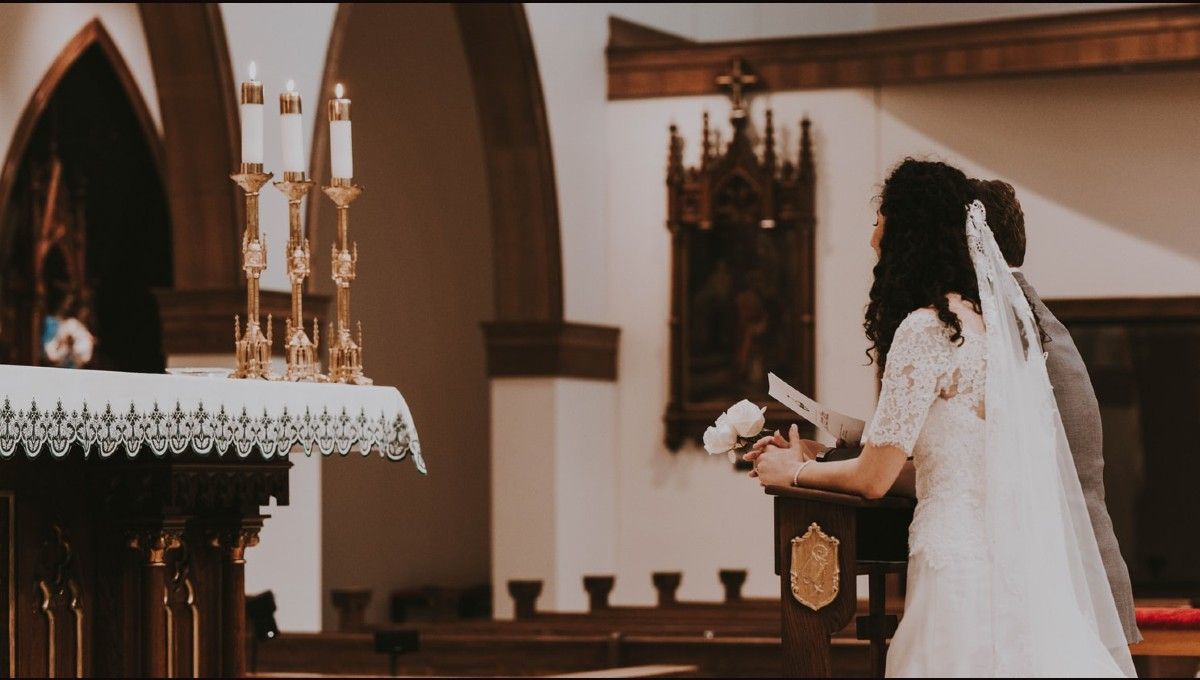 Getting Married In The Catholic Church: Catholic, Christian, & Secular

Marriage, according to the Catholic Church, is more than just a legal union, it is one of the seven sacraments that a person can participate in to grow closer to the grace of God. Marriage is also viewed as an unbreakable vow, a covenant between yourself and your spouse before God. This is the reason that there are so many pre-ceremony steps to go through before a couple can get married in the Church. Your priest (and, by extension, your whole faith community) wants to give you plenty of opportunity to learn about married life and discuss it with your partner before the vows are made because the vows are what initiate and seal that unbreakable covenant between you and your spouse.

But wait, if Catholic marriage vows are unbreakable, how do Catholics divorce?

This is a common enough question, especially once Catholics start digging into marriage teachings. The short answer is that, in the eyes of the Church, Catholics just don’t divorce. You can go through the divorce process in the civil courts, but that is strictly to do with the secular, legal world. Even after a couple has received a civil divorce, they will still be considered married in the eyes of the Church. Marriage is for life, and no civil court can separate a union pledged before God.

The only way to end a marriage, according to Catholic marriage rules, is to nullify the union — essentially, to show that there was no covenantal marriage in the first place. This is what the annulment process does. The annulment is not a “Catholic divorce,” it is an investigation to see whether all of the necessary elements for a sacramental marriage were present when the marriage vows were said. If those elements were all present, the marriage cannot be annulled. But if it is determined that one of those elements was not present, a “declaration of nullity” is issued and the marriage is basically viewed as being null and void. It existed, but it was not a valid marriage according to Catholic marriage rules.

Elements for a Sacramental Marriage

When determining whether a couple is married or not, there is more to it than just saying vows before a priest in a church. In fact, the Church recognizes the sanctity of marriages from all different faith backgrounds, not just those which took place in a Catholic Church — which is why a divorced person will be asked to go through the annulment process before marrying in the Church, whether they are Catholic or not.

The annulment process looks for the presence or absence of all the necessary elements for a sacramental marriage. Those elements include:

If any one of those elements was not present when a couple say their vows, that is grounds for an annulment and the marriage will not be seen as valid in the eyes of the Church. For example, if a divorced non-Catholic person is marrying a Catholic, but they did not go through the annulment process, they would fall into the category of someone who is not free to marry (because their previous marriage is still seen as active according to the Church). With this in mind, you can probably tell that every annulment petition is going to be different, just like every relationship is different.

The Catholic marriage rules — and also the annulment guidelines — are not just for Catholics. There is a reason that non-Catholics are still expected to go through the Marriage Preparation Program (often called Pre-Cana) if they are marrying someone in the Church. Non-Catholic Christians, and even non-Christian or non-religious individuals, will still be asked to follow the Catholic marriage process alongside their Catholic partner so that the marriage will meet Catholic Church marriage requirements to be a valid, sacramental marriage.

When it comes to non-Catholics marrying a Catholic, there will likely be additional steps involved. The biggest thing is that the priest or deacon performing the ceremony will want to facilitate a lot of discussion about your different faith backgrounds in particular, in hopes that those different faith backgrounds won’t be cause for grief down the road. Of course, the primary aim of the pre-marriage preparation is to help you both openly and honestly discuss a great many different aspects of life, not just faith. Ultimately, the goal of pre-marriage preparation is to ensure you are both set up with a solid foundation for your marriage and life together.

However, the amount of pre-marriage preparation a person did or did not do should not affect the outcome of an annulment investigation. It is possible that even a very well-prepared couple may have something arise that invalidates the marriage through the annulment process, and it’s just as common for couples who did not go through the Catholic pre-marriage process to have lifelong marriages. When it comes to understanding how marriage between two Catholics would differ from marrying a non-Catholic, the impacts on a potential annulment are more or less the same. Having differing faith backgrounds is not automatically a grounds for an annulment; what matters is what was in the couple’s hearts and minds when the vows were said.